Which is the best bluetooth speaker? With the rise of wireless technology and bluetooth protocol, music consumption has changed in a massive way. Where people would once need to set the needle on their turntable or spend half an hour rewinding the tape in their cassettes; now music fans can press a button on their telephones and music will stream out of their speakers. Over the years, speakers have also gotten a lot smaller with the components becoming better and stronger. Combine this with the ease of bluetooth connectivity and the portability of battery power and music fans can literally listen to their tunes wherever they go.

Obviously if you love music enough to want to listen to it wherever you go, you also love good quality sound; but which speaker will suit all your needs, functionally, as well as being robust and top-notch quality? Read our awesome comparison, below, to find the best bluetooth speaker on the market at the moment from brands such as Mackie, Korg, IK Multimedia and more! 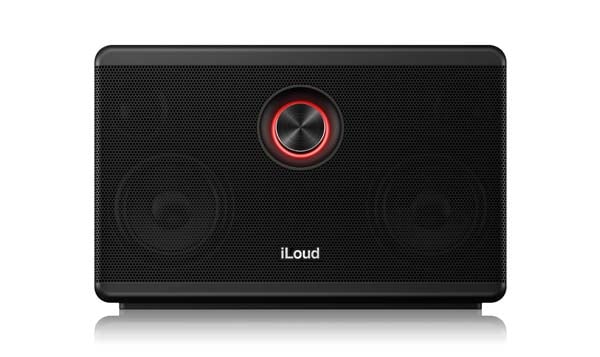 The iLoud by IK Multimedia is one of the smaller portable bluetooth speakers on the market at the moment. Don’t let it’s weight and size fool you, though; with two 3″ woofers and two 3/4″ tweeters being powered by four class-D amplifiers, this speaker packs a punch. With a rechargeable li-ion battery that boasts up to 10 hours life and bluetooth streaming, this speaker is perfect for taking with you wherever you go. A unique feature worth mentioning is the inbuilt iRig interface. This means that the iLoud can be connected to an iPad or iPhone and use its 1/4″ input as an interface for guitars and dynamic microphones for recording.

The sound quality that the iLoud puts out is another pleasant surprise from IK Multimedia. Although spruiking a 50Hz-20kHz frequency response, the actual sound shines through and seems to outperform these numbers. The combination of an extended bass response, bi-amplification setup and high-quality neodymium components mean that the sound output is clear across every frequency with little distortion at higher volumes.

Learn more about it and purchase it on our site here: DJ City – iLoud
See the manufacturer’s page here: IK Multimedia – iLoud 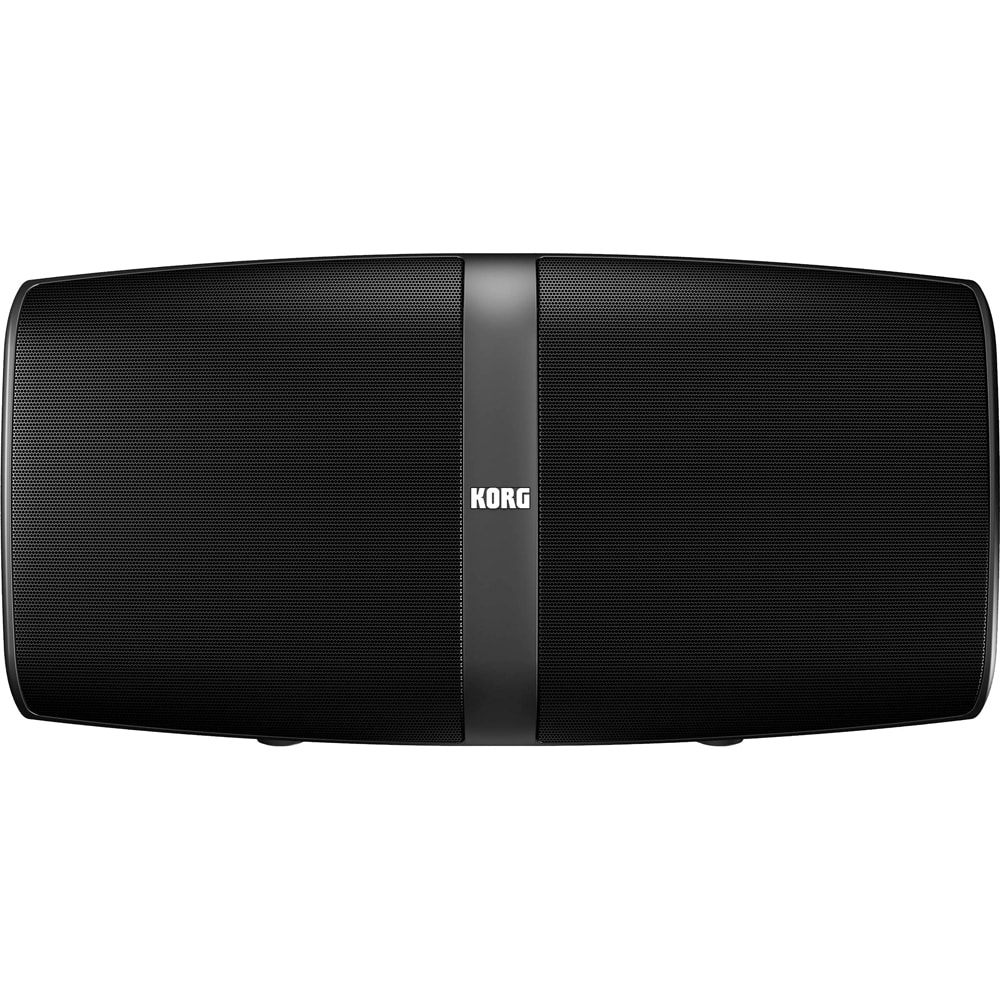 The first thing that you will notice about the Korg Konnect is its robust build quality and tanky design. With dimensions that boast 45 x 23 x 23cm, it is certainly not a petite unit; though it definitely makes up for this with its massive sound. The Konnect is fitted with bluetooth connectivity so you can listen to your tunes on the go with Korg’s phenomenal sound. A detriment to this unit is the lack of battery power, whether it be rechargeable or disposable. Its unlikely the Konnect would ever be used as a truly portable speaker, due to its size; but the fact that it cannot be powered away from mains is the nail in the coffin for full portability.

In saying that, the Konnect is extremely suitable for musicians as it features a 4 channel mixer with reverb control, EQ presets, feedback suppressor, limiter and bluetooth control. As the best bluetooth speaker, this unit is perfect for home parties and backyard sessions; but wouldn’t cut it at the beach or away camping.

See how the Konnect could fit into your life and get it on our site here: DJ City – Konnect
See the manufacturer’s website here: Korg – Konnect

The Mackie FreePlay has recently evolved and the path of evolution has split three ways. Mackie’s three latest bluetooth speaker releases; the FreePlay Go, Live and Home are perfect portable speakers that feature the same foundation to suit different applications. All models allow bluetooth streaming and come with rechargeable Li-Ion batteries that can last up to 15 hours. These speakers have the ability to wirelessly connect to each other and all have full control of EQ and settings with the Mackie Connect app.

Musicians will love the Live Freeplay as it has a built in mixer with two mic/line inputs and full control over effects/EQ over their Connect app. The Go Freeplay will be perfect for ultimate portability weighing only 800g and featuring 2″ LF drivers; these still sound amazing due to the extended bass response from the passive radiators. The Home Freeplay is the happy medium and will obviously suit home use. With a wider frequency range than the Go, but less than half the weight of the Live; the Home FreePlay will suit people looking for portablity as well as a stellar sound output. Despite having the same origin, the FreePlay speakers are all wildly different and definitely each deserve their title as best bluetooth speaker. 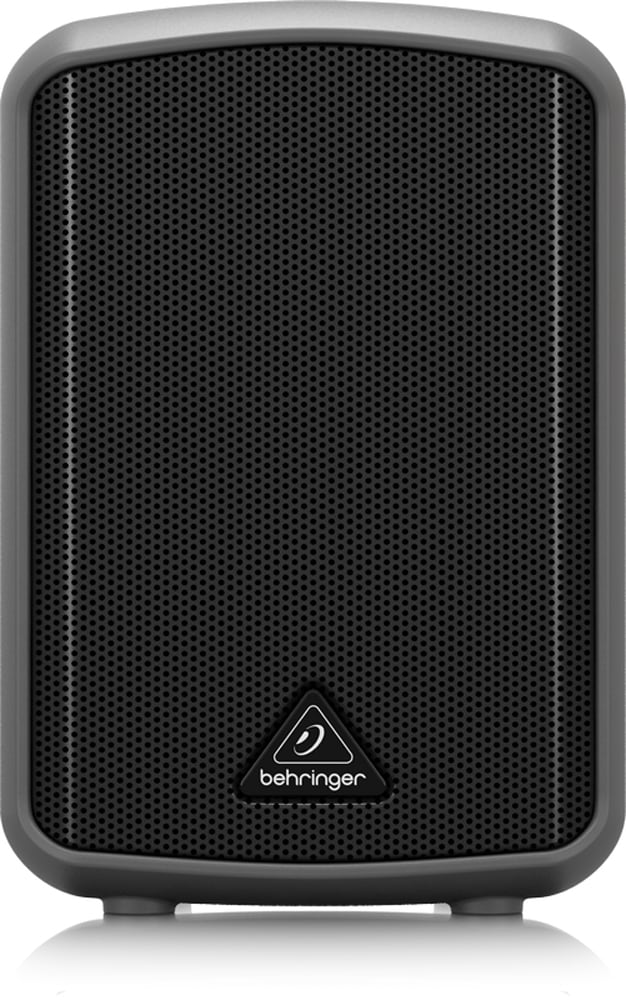 Behringer have a massive range of bluetooth speakers but we went with the most compact for our guide here: the MPA30BT. Although touted as a portable PA speaker, the MPA30BT is definitely a contender for the best bluetooth speaker. Although on the heavier end of the spectrum, the MPA30BT is quite small dimensionally which is perfect for portability. It also boasts a 20 hour maximum battery life which means it should suit most applications where power isn’t accessible. With a single mic/line input (as well as its aux/bluetooth connectivity), this speaker is great to jam along with. The MPA30BT also connects with Behringer’s ULM series of microphones so you can use up to two wireless microphones.

To see everything this speaker (and range has), see it on our site here: DJ City – MPA30BT  |  DJ City – Behringer Bluetooth Range
See the manufacturer’s website here: Behringer – MPA30BT 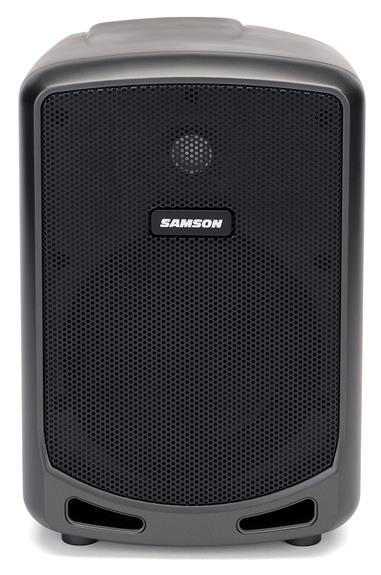 The Samson XP Escape has been loaded into the same basket as the MPA30BT as a portable PA mostly. Featuring a single combo input for line or microphone and an auxuiliary input, as well as bluetooth; this speaker can be used for performing as well as listening. Despite its shoehorned perception as a PA, the Escape is perfect for escaping [pun intended] away from the world with your music. The battery has a maximum life of approximately 20 hours so it should last through events and most weekends away.

A unique feature that puts the Escape in the running for best bluetooth speaker is its USB connection point for charging. Whereas some bluetooth speakers contain a USB MP3 player, the Escape has gotten rid of this superfluous technology to make way for a USB socket specifically for charging your portable devices. It may not seem like much but if you’re going to be streaming music for the whole battery-life; it’ll be difficult finding a device whose battery will match the 20 hours of the speakers.

After studying and listening to these five bluetooth speakers, the case of the best bluetooth speaker hasn’t been fully solved. They Each speaker is so unique in its own way that it is almost impossible to compare them; but I promised I would and I’m a man of my word.

The MackieFreePlay Go and IK Multimedia iLoud got full points for their petite size and lightweight designs. You will be happy with these speakers if you are looking for something extremely portable to take everywhere with you. On the other end of the scale is the Korg Konnect which is quite bulky at over 5kg. Korg’s speaker has its place and application; but if its pocket-sized sound you’re after, you’re better off fishing in a different stream.

Battery was a relatively easy category to mark has its completely numerical anyway. The Behringer MPA30BT and Samson Escape came out on top here for their 20 hour battery life. These units are perfect for a full weekend away or to use for full day events. The iLoud scored the lowest of the eligible speakers due to its (still impressive) 10 hours of maximum battery life. The Konnect was disqualified from this round due to its lack of battery capabilities at all.

The Korg Konnect has begun to tip the scales back in its favour due to its robust build. Although its size detracts from its portability, it is certainly a benefit for its sturdiness. I wasn’t allowed to do a drop test of these speakers but, if I were, I bet the Korg would come off the best; both to the other speakers and the ground. The iLoud scored the lowest marks again this round due to its strength in my hypothetical drop test. By no means flimsy, the iLoud is a pretty hardy unit that has shown the test of time as our personal listening monitor at our Oakleigh branch; it would just be my last choice as a shield out of all these speakers.

This category was the closest by far due to its subjective nature and high quality of all speakers. I used volume, clarity and perceived frequency response as my criteria here. The Konnect and FreePlay Live both copped full points for this one. They both showed excellent headroom and bass response and high volumes with little-to-no distortion. You would choose these as your bluetooth speaker if looking for something to perform with as well as listen. The other speakers all scored 80% due to slight differences. The Behringer and Samson would lose clarity at high volumes whereas the iLoud lacked volume for all its clarity.

Extras was a fun category to figure out as each speaker has unique functionality included. The iLoud has the iRig interface built in whereas the Korg has a built-in mixer, app control and effects/EQ presets. The FreePlay Go and the FreePlay Home both have the Connect app for extra control, but hold little extras beyond that. You wouldn’t pick either of these two if you were looking to perform through your speaker at all whereas all the others have connectivity for musicians. The MPOA30BT and the Escape are both very similar systems with slight differences. The Behringer unit has the wireless microphone connectivity. As a juxtaposition, the Samson has a charging port for portable devices. You could use either of these units as a portable PA but the Behringer lends itself more directly to this; whereas the Samson unit is a better choice for streaming music and listening.