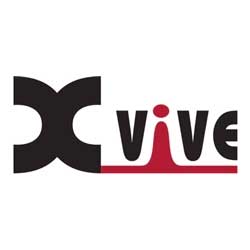 The U5R Receiver features a Dual-channel design, allowing you to receive 2x transmitted audio signals, directly into your DSLR camera, video camera, recorder, or other audio devices. The Solid RF connection works up to a 100-foot range which is around 30 meters. A great solution for video shoots, live streams, interviews, weddings, and much more.

Providing high-resolution audio with a 24-bit/48kHz is also features a 107 dB signal-to-noise ratio. As a result, this ensures a clear, detailed audio signal at any volume.

The 3x batteries have a capacity of 830mAh, which translates to 5 hours of continuous use with a recharge time of 2.5 hours. You can even recharge the batteries while running inside your Transmitter and Receiver.

The LV1 Lavalier Microphone is a great asset to any production. Due to its low distortion characteristics and high sensitivity, it also brings superior vocal intelligibility in a low-profile design.

With a frequency range of 30kHz-20kHz, you can accurately capture the full range of speakers and timbres. Your talent can also feel free to move around freely, as the 1/8-inch locking connector screws directly onto your U5T transmitter.

The Receiver output connects to a DSLR/video camera, mixer or audio recorder via a 3.5mm stereo TRS connection. The U5 Receiver also boasts True Diversity on both channels, meaning that the unit has four antennas and automatically changes to a more powerful wireless signal whenever necessary. This gives you a wireless connection you can count on—for all your video productions.

The U5 System provides you with professional, high-resolution 24-bit / 48 kHz digital wireless audio. The system also reliably transmits high-resolution audio on the 2.4 GHz wireless band, and can be used for video shoots, live streams, interviews, webinars, weddings and more!

If you require additional batteries and charging capabilities: The U5C battery charger is sold separately along with three backup U5B batteries.

What’s in the box