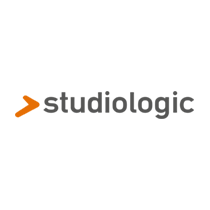 The Studiologic Sledge 2.0 is a powerful polyphonic synthesiser with 61 full sized keys, up to 24 voices, amazing modulation control with 2 LFOs plus modulation wheel and can support up to 999 programmable sounds. A great sounding and versatile synth for your live performances or studio recordings.

The Studiologic Sledge 2.0 Black is the new and improved digital polyphonic synthesizer with a new sleek black look. Besides the familiar tweaker-friendly workflow and buttery playability, the Sledge 2.0 adds auto dual mode, extended sample editing both onboard and via the Sledge 2.0 Spectre editor, and extended polyphony to 24 notes to an already sought-after synth. And you’ll instantly appreciate how expressive and responsive this sound engine is when you get your hands on the 5-octave Fatar TP-9 keybed.

While the Sledge 2.0 closely resembles its predecessor, its expanded feature set offers you more sound-creation and performance options than ever. To begin with, Studiologic expanded the Sledge’s polyphony from 16 to 24, voices, which is a particularly useful when you explore the Auto Dual mode, which lets you quickly set up splits and layers. You can even set up the pitch and hold controls to affect each sound independently. Incidentally, you can save dual-mode sounds in the 1,000 available preset memory slots. Speaking of memory, the expanded 60MB of internal flash memory also lets you load up samples, so you can create completely original sounds of your own. Sledge Spectre software even makes sample editing and mapping easy, thanks to it’s logically laid out graphic environment.

Get creative with oscillators, wavetables, and samples

You’ve got a lot of sonic options when you sit down to create new sounds on the Studiologic Sledge 2.0. You’ll find the usual oscillators you’d expect like saw, square, triangle, sine, and sample & hold and ramp too. Sledge 2.0 also packs a set of 66 digital wavetables from the revered Waldorf PPG Wave synthesizer. So, with Sledge 2.0 you can create everything from analog-style ’70s synth bass, to modern, aggressive dubstep sounds, and cover a lot of sonic territory in between too. Plus there is 60MB of sample memory onboard the Sledge 2.0, and thanks to the logically laid out Sledge Spectre application, you can easily create and arrange samples via your computer.

All the right synthesis tools to create epic sounds

Whether you like stacking similar tones to create monster leads, or tweak out on creating multi-layered atmospheric drones, you’re in luck with Sledge 2.0. And beyond stacking oscillators, there’s a lot of sound-twisting potential here too. Oscillators 2 and 3 can be hard-sync’d, and when you use sine and triangle waveforms for frequency modulation and add in the noise generator, you’ll be amazed by the huge sounds you can create. Factor LFOs, Waldorf filters, a powerful arpeggiator, and both onboard reverb and delay (both of which you can use at once), and you’ll never run out of ideas when you start tweaking knobs on your Sledge 2.0.