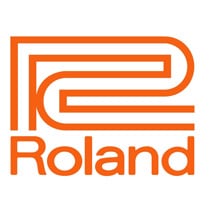 The Roland Integra-7 is a fast-access, fully stocked 16-part synth module, offering a goldmine of the latest SuperNATURAL sounds. Comprised of a greatest hits collection of sounds from Roland’s flagship keyboards and V-Drum modules. As well as a coveted lineup from the legacy SRX library.

Buy it now, up to 12 months interest-free
Available at any of our 6 store locations. Find out how
Order-in Products

The Roland Integra-7 is a fast-access, fully stocked 16-part synth module, offering a goldmine of the latest SuperNATURAL sounds. Comprised of a greatest hits collection of sounds from Roland’s flagship keyboards and V-Drum modules. As well as a coveted lineup from the legacy SRX library. Additionally, the Integra 7 also introduces a new technology called Motional Surround; a 17-part ambiance engine letting you graphically control the distance and position of each part within a 360 degree sound field. Overall, with the immense power of the Integra-7; you can create amazingly realistic and detailed orchestral arrangements, immersive, spatial sounds, and beyond.

Lying at the core of the Integra-7 is its SuperNATURAL sounds with Behaviour Modeling technology. Not only mirroring the sound of acoustic instruments but also simulating the behavior of the instruments when they’re played. So with SuperNATURAL, you can enjoy lively, realistic sounds. Whether used acoustic or electronically, Integra-7 gives you a plethora of expressive sounds. Allowing you to go deep inside the programming engine to customize your own sounds, or let the power of Integra-7 do it for you. Resulting in a new level of realism and effortless expression.

Beyond acoustic instruments, with SuperNATURAL synth tones of the Integra-7, you can recreate that fat sound of vintage synthesizers. Along with their expressive filters, unique envelope behaviours, and PCM waveforms. Offering a massive amount of classic digital-synth sounds that were once prevalent in the ’80s and ’90s. Even edit the sounds on your iPad with the dedicated editor app.

Additionally, you’ll also find a SuperNATURAL drum engine derived from Roland V-Drums. While Behavior Modeling Technology lets you groove like a real drummer; responding smoothly and naturally to velocity, with seamless tonal transitions. Allowing you to play fast drum rolls, fluid snare and cymbal rolls, while having real-time control over their speed and volume. The Integra-7 even comes packed with SFX kits, including realistic sounds such as car crashes, door slams, and footsteps. Perfect for film scoring.

Overall, with all of these classic sounds instantly available, plus a new stockpile of enhanced SuperNATURAL sounds, the INTEGRA-7 brings the past, present, and future together in one convenient instrument!