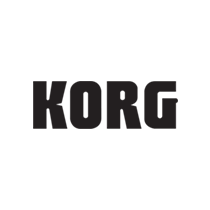 The Korg i3 is a super matte black, standalone music workstation. Giving you everything you need to create musical themes that quickly transform into ready-to-play pieces. It’s simple to use, and fun to play; so it’s the perfect keyboard workstation for budding composers and inspired producers.

The Korg i3 is a super matte black, standalone music workstation. Giving you everything you need to create musical themes that quickly transform into ready-to-play pieces. It’s simple to use, and fun to play; so it’s the perfect keyboard workstation for budding composers and inspired producers. What’s more, the Korg i3 uses battery power, so you can use it anytime, anywhere. While the convenient auto-power off function works to preserve your battery life.

A fully-featured workstation, the Korg i3 features 61 full-size, velocity-sensitive keys. With the keyboard response adjustable using three touch-curves; and a fourth setting that provides a fixed output level. Sporting onboard Octave buttons, you can easily shift the pitch of the keyboard up or down by two octaves. Ensuring you have access to the entire melodic range at your fingertips. Plus, a professional joystick gives you real-time articulation of pitch bend, vibrato, and brilliance during your performance. While an additional two-band EQ offers a final adjustment to your overall tone.

If you’re just getting started with production, you want all your buttons and controls conveniently grouped together. With the Korg i3, it does just that, along with a custom backlit LCD that gives you valuable visual feedback regarding your settings. Not to mention the rotary data-wheel encoder that you can use to quickly edit the value of onscreen parameters. Finally, the black-out finish, rubberized touch surface, and perforated end panels reflect the distinctive upscale design.

It all Starts with the Sound

Filled with decades of KORG expertise, the i3 is packed with nearly 800 instrument sounds. All finessed by master programmers and professional musicians. Including a complete GM2 sound set that provides flawless General MIDI compatibility, as well as another 59 custom Drum Kits.

Your use of the i3 is distinguished by both the Sound Set, and the Style Performance Set. The Sound Set relates to the sounds played in real-time on the keyboard. While the Style Performance Set related to the sounds generated by the Korg i3 to augment your performance. Additionally, calling up one of the 200 Sound Sets from memory can give you up to four sounds on the keyboard at once; three that are layered across the upper keys, and one split within the lower keys.

On top of that, the Korg i3’s high-fidelity PCM sound engine gives you a generous 64 voices of polyphony. While two stereo effect processors (each with 173 variations – add motion, depth, and expression to each of these real-time sounds.

You’ve got a great idea, the Korg i3 will do a great job at helping you put it all together. Enhancing any performance by adding in the missing parts automatically. Whether it be a drum beat, bassline, percussion, or any other backing parts you want to add. To top it off, you can have a total of up to eight parts that make up your backing track. With each of the 270 styles containing four related Performance Set options; each recalling a different set of backing sounds, just as each Sound Set gives you four options to play yourself.

Additionally, the Korg i3’s onboard pushbuttons allow you to easily select, mute or adjust the volume of any desired track. While the active backing parts follow your chord changes and voice to create a personalized track that will match your performance. Not to mention the 8 Chord Buttons that will suggest and provide ready-made chords to keep you inspired!

Each Style is a complete song-creation environment, with ready-to-play sounds, parts, and chords – if needed. In addition, each Style includes four rhythmic variations, a count-in, a break, plus an intro and an ending. Just as with the real-time Sound Set parts, the Style Performance Set parts also can also access two independent stereo effect processors – each with 173 variations – to add motion, depth, and expression.

Compose it, play it, record it, then share it with the world. The Korg i3 Music Workstation offers numerous ways for saving, editing, and sharing your performance. While you can also save all your sounds and effects on one of the 10 onboard banks, for easy recall.

Just as you can record each sound on a single track that you can then export as a MIDI file for further editing. As well as capture, record, and even play data exported as a .WAV (44.1khz) file. Giving you even more control of how you edit your recordings.

Korg i3 – Alone, On Stage, In the Studio

Finally, the Korg i3 Music Workstation gives you a plethora of connections and performance options on the rear panel. When you’re not on the go and making use of the battery-powered operation, the i3 can also be connected to a suitable AC power source. While the rear panel consists of 2 1/4″ outputs for audio monitoring, as well as a 1/8″ stereo headphone output. You’ll also have a 1/8″ audio input, and a 1/4″ jack for a foot controller or expression pedal. You’ll also notice two separate USB ports. One to save and load your songs and data from a USB; and the other to connect your Korg i3 to a computer.

• 849 high quality keyboard sounds
• Convenient tools for performance and song production, with a rich variety of styles
• Built-in sequencer
• Performance and recording mode.
• Chord Template function provides ideas for songs
• A serious and easy to use synthesizer at an affordable price

USB To Device Port: USB Type A (For Connecting a USB Flash Drive)

USB to Host Port: USB Type B (For Connecting to a Computer)

MIDI Out: 5-Pin DIN (For Connecting to MIDI Tone Generators and Other Devices)