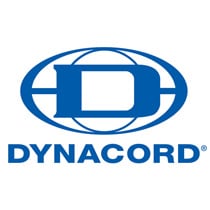 The Dynacord PM600-3 is a premium 10 channel mixer with integrated FX and power amplifier. Designed for mobile sound application the PowerMate mixer removes the need for external amplifiers, and processors with its class leading design. Equipped 4 MIC / LINE channels, 2 MIC /stereo LINE channels, and 2 MIC/Stereo line & USB channels, each MIC input uses Dynacord’s extremely high quality, ultra-low noise, and discrete microphone preamps for pristine audio. Plus with the onboard 24-bit digital FX processor, and powerful Class-D amplifiers with 2 x 1000w into 4Ω, it offers the kind of power and performance you’d normally find in a stand-alone amplifier, mixer, and FX processor all wrapped up in an elegant and well-featured mixing console.

Master Section: you get Master A L+R sends (on separate faders), an additional Master B send (switchable pre/post and mono/stereo), the stereo effects returns, and the send signals of the AUXiliary and MONitor busses. If the AUX buss is not used to supply FX 2, it can be switched pre or post and thereby used as an additional monitor send or to supply an external effects device.

Two ten-LED meters provide an overview of the power amplifier level. When the PFL switch is activated, the left-hand LED chain shows the internal level of the master buss in dBu.

The 9-band stereo equaliser in the master section allows you to adjust the frequency response to the acoustics of the room.

The DIGITAL AUDIO INTERFACE supplies two stereo channels, present as USB 1-2 and USB 3-4 in Super Channels 5-6 and 7-8 respectively. This interface is implemented professionally in 24-bit resolution and supports sampling rates up to 96 kHz, thereby satisfying studio requirements. The USB sends are supplied with the Master L and R, AUX and MON signals. The DIGITAL AUDIO INTERFACE can be used for input and output simultaneously. Via the USB 2.0 port of your PC / Mac, four channels can be transmitted simultaneously in each direction. When a USB 1.1 interface is used, two channels can be transmitted simultaneously in each direction. The PowerMate is designed for the level of standard PCs / Macs; the gain level can easily be adjusted, if need be, from the computer connected.

Included in the delivery is a DVD containing the professional recording software Cubase LE and PC / Mac USB drivers.

In the PowerMate’s Master Section are to be found the Master A L+R sends (on separate faders), an additional Master B send (switchable pre/post and mono/stereo), the stereo effects returns, and the send signals of the AUXiliary and MONitor busses. If the AUX buss is not used to supply FX 2, it can be switched pre or post and thereby used as an additional monitor send or to supply an external effects device.

The 9-band stereo equalizer in the master section allows you to adjust the frequency response to the acoustics of the room.

The REC SEND and USB OUT controls determine the level of the master L+R signal at the Rec Send sockets and in the output channels of the digital USB interface. The control below it allows you to adjust the volume in the headphones.

Professional Effects, OLED Display and Processing Menus:
The PowerMate has two integrated stereo multi-effects processors that work independently of one another, each offering 100 effects algorithms optimized for live performance, the most important parameters of which are editable. Linear 24-bit AD/DA converters and 48-bit double-precision processing guarantee the finest studio quality based on state-of-the-art technology.

The 100 program locations of each device are packed with high-quality reverbs, halls and plates that deliver professional results in live performance on stage as well as in both studio and home recording environments. Other presets include Echo/Reverb and Chorus/Reverb combinations, a variety of delay, flanger, chorus and doubling algorithms, as well as special reverb and delay programs. When a delay effect is active, the delay time can be synchronized to the beat of the music using the TAP key.

Edited effects programs can be stored in the 20 User memories, assigned names, and later selected and used in the same way as the presets.

The large, high-contrast OLED display is easily read from a wide range of viewing angles—even in very bright surroundings. The operation of the effects units and processing menus is intuitive and made easier still through the use of soft keys and a rotary encoder.

Speaker Protection:
This menu allows you to match perfectly the continuous power output of the PowerMate’s power amplifiers to the connected loudspeakers in the interests of greater operational safety and reliability.

Through dynamic limiting of the maximum power at the output, loudspeaker damage due to thermal overload can be avoided, without the wide dynamic range of the power amplifiers being sacrificed. Once the maximum permissible power handling of the connected loudspeaker cabinet has been selected from the menu—the actual peak dynamic power handling capacity in audio applications of almost all loudspeaker cabinets is many times this nominal value—the speaker protection supervises permanently the amount of energy being fed to the loudspeakers, only limiting it in the event of a threatened overload, and even then, doing so softly and inaudibly.

For peak levels of short duration, the full output of the power amplifier remains available, even when relatively small cabinets are being used. As a result, not only is the maximum dynamic range of the system maintained but also, and at all times, the highest degree of operational safety and reliability.

What this means is that at a nominal output of 2 x 1,000 watts RMS into 4 ohms (or 2 x 1,350 watts RMS into 2.7 ohms), comparatively little dissipation is generated within the device, and the power consumption is thereby dramatically reduced—by more than 55% compared with conventional power amplifiers! The minimal load impedance at the output is 2.7 ohms, making operation with up to three 8-ohm loudspeaker cabinets per channel, connected in parallel, possible with no problems.

The audio performance is on the highest professional level, as is shown by the PowerMate’s exemplary figures for freedom from distortion, slew rate, and freedom from intermodulation.

The overall power supply is handled by an extremely stable, microprocessor-controlled, switching power supply, bringing massive gains in terms of weight-saving over a conventional toroidal transformer. Another advantage is the automatic mains voltage switching, which makes it possible to use the PowerMate virtually anywhere in the world without reconfiguration. Voltage surge protection is also integrated, whilst a ‘soft start’ function prevents the mains fuse tripping when the device is switched on.

The PowerMate is equipped, naturally, with all the protective circuitry familiar from DYNACORD power amplifiers and satisfies even the extreme demands of hard tour use. The power amplifiers are protected against thermal overload, short-circuit, back EMF and no-load operation as well as high-frequencies or DC at the output. Both outputs, here, are supervised independently so that, should a fault occur, only the channel affected is shut down. When the device is powered up, there is a delay before the power outputs are connected, to obviate the risk of noise.

The thermal stability of the PowerMate is assured by two very quiet fans the speed of which is continuously variable. The front-to-rear airflow allows the device to be used in large or small racks; furthermore, the PowerMate is equipped with a processor-controlled thermo-limiter, so if ever the threat of overheating does arise, the clip limiter intervenes in a highly musical way, acting only upon the peaks. In this way, a total shutdown of the power amplifiers is effectively prevented, as is any obtrusive fall in the overall volume level. The PROTECT and LIMIT LEDs on the front panel indicate the current operating state of the power amplifiers.