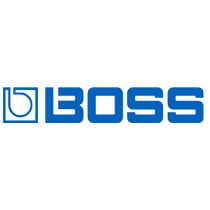 The BOSS HM-2W brings you a Waza Craft recreation of the classic HM-2 Heavy Metal. A pedal that was iconic for defining the sound of Swedish death metal.

Buy it now, up to 6 months interest free
Available at any of our 6 store locations. Find out how
Pre-order Products

Please note: this item is an Pre-Order item & stock is yet to arrive.

The BOSS HM-2W brings you a Waza Craft recreation of the classic HM-2 Heavy Metal. A pedal that was iconic for defining the sound of Swedish death metal.

Originally produced from 1983 until 1991; the HM-2 Heavy Metal definitely has its place in the history of distortion pedals. Giving a signature “chainsaw tone”, it’s the defining voice of Swedish Death Metal. While the slightly milder sides of its tone can be found in countless tracks across genres. Now, after years of requests, the HM-2W is reborn with this special Waza Craft Edition. Offering the authentic analog sound of the original as well as a bunch of modern refinements and enhancements.

The HM-2 was one of the first ever “amp in a box” pedals. Using an innovative BOSS circuit, the HM-2 replicated the sounds of early 80s British stack amps. With its uniquely aggressive sound and focused midrange, it quickly became a highly sought after sound by the new generation of guitar players. So guitarists will love to see it brought back with as the HM-2W!

Using Standard Mode, you’re able to 100% replicate the tone and response of the original HM-2 Pedal. As well as enjoy some modern improvements including a reduced noise floor and a maximum level expanded by 3dB. Thanks to the premium Waza Craft buffer on board, the sound is also improved when the pedal is bypassed. So crank all the knobs up and get that Swedish death metal sound, or conjure up a wide range of tones and other styles with the sensitive distortion and colour controls.

Get Even More Aggressive with Custom Mode

What’s more, Custom Mode on the HM-2W offers a similar sound character to the standard mode, but with a little more everything. Including more gain, and more of that fundamental guitar sound for extra attack and sharpness. The low and high-mid characteristics have also been tweaked to give you even more fullness and definition.

HM-2W – Orange and Black is Back

Not only does the HM-2W replicate the authentic HM-2 sound, but it also captures the original pedals distinct appearance. Boasting the sleek orange and black design, right down to the size and positioning of the lettering on the pedal.

In Japan, Waza is the term for art and technique. Which is why these special edition HM-2W pedals proudcly carry the Waza symbol to represent the pinnacle of BOSS design and craftmanship,

• Premium buffer for clean and clear tone when bypassed