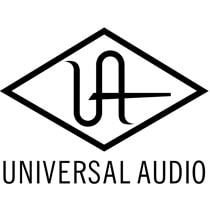 The Universal Audio Apollo Solo USB gives you the finest desktop recording audio interface for Windows only. Boasting world-class audio conversion, two Unison mic preamps, as well as the renowned suite of onboard UAD plug-ins. You’ll also find a top of the range headphone amplifier that allows you to enjoy clear, detailed monitoring.

Thanks to the Apollo Solo USB’s Unison Technology, you get the tone, touch and feel of some of the most sought-after preamps. Including the UA-610-B Tube Preamp, as well as authentic mic preamp emulations from Neve and API, and guitar amp emulations from Fender and Marshall. With these emulations you’ll get the signature impedance, gain stage “sweet spots” and component-level circuit behaviours.

What’s more, the Apollo Solo USB is the perfect entry point to Universal Audio’s new DAW, LUNA. Whether you’re using the analog sounds and workflow of Neve and Studer tape extensions. Or you’re using the inspiring LUNA instruments such as the Moog Minimoog and Ravel grand piano. Above all, the LUNA software is sure to transfer your Apollo Solo USB into a fully-integrated recording system. *Only available for Mac.

Straight out of the box, the Apollo Solo USB includes a number of analog emulation plug-ins. Including the world’s only Teletronix LA-2A and 1176LN compressors, Pultec EQs, and so much more. Giving you the tube warmth of the Pultec EQ on your guitars, the limiting of the LA-2A on your vocals, and the list goes on. With the Apollo Solo USB, your recordings are guaranteed to take a massive step forward with rich and complex analog sound.