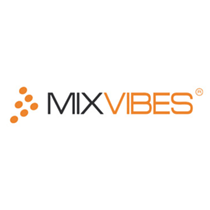 The Mixvibes DVS Producer Pack is the complete Digital DJ Software Package. This package has all the features of the DVS Ultimate but has been supersized with PRO features like MIDI learning, Smart Sampling, and more to help you create to perfect mix.

Buy it now, up to 6 months interest-free
Available at any of our 6 store locations. Find out how
Discontinued Products

It allows you to play your digital media files (mp3, wave, aiff, ogg vorbis, wma, Audio CD’s) from your PC with CD or vinyl decks. All you need is a PC and an audio interface (USB, FireWire, PCI compatible).

MixVibes PRODUCER gets all the functionalities of DVS, boosted with pro features. This software brings another step towards making the DJ a musician and remixer thanks to a set of amazing creative tools.

The CD player or turntables are plugged into the soundcard inputs. No RIAA Pre amp is recommended, the software does the correction automatically. The output of you soundcard will be connected to Channel 1 and 2 of your mixer. Once everything is set up, the install wizard in PRODUCER will help you to finilized the set up.

The new MixVibes gear is pretty amazing. You’re sure to love it as much as we do.

Check out the amazing features of this product:

New advanced features of the version 7:

The included 16 pattern sampler is enhanced for this PRODUCER version. It is in direct wire with your players and acts interactively with it. Up-beat / down beat, beat grinding, beat slicing, preset beat repeating are the amazing features of PRODUCER sampler. An all-in-one solution for DJ to remix live their tracks. Check the tutorial video for more details and our community for Djs experience on PRODUCER sampler. We recommend an external MIDI sampler (ex: KORG Pad kontrol) for a quicker access to the samples data.

The Microphone input is now connected to your MixVibes players. Plug a MIC in your professional soundcard for beat box, MC%u2019s performances or announcements. The instant MIC recording saves the file in a specific folder. Once recorded, the file can be dragged and dropped into the player, for instance scratch live!

The Steinberg VST plug-in and free VST effects are hosted in MixVibes PRODUCER. MIDI keyboard should be connected to your computer to play the instruments. We recommend official VST instrument purchased in retail. For live performers, the melodies played through VST instruments can be recorded as a media file. Then, drag and drop the file in your player and mix it live with your turntables.

As every controller has its own configuration, the PRODUCER is now including a very intuitive MIDI learning. It is really easy to map your favourite controller and control the DJ software. The version 7 includes pre mapped MIDI files for VCI-100, Hercules DJ Console RMX and MK2, Pioneer CDJ-400, M-Audio X-session and more.

Bring more creativity in your mix thanks to the FX included. Flanging, Phasing, Reverb, Echo are some of the 14 FX included. These FX can be adjusted in the HOME player or directly from your MIDI controller. Up to 6 FX can be affected at the same time.