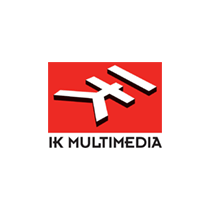 The IK Multimedia iRgMic-StudioSL is a sleek silver studio condenser microphone with built in iUSB interface for direct connection to your device. Easy to use and includes all necessary cables and a desktop stand. Perfect for aspiring recording artists.

The IK Multimedia iRig Mic Studio brings you an ultra-portable large-diaphragm digital condenser microphone designed for iPhone, iPad, MAC, PC, and Android. Packing a 1″ diameter condenser capsule into an ultra-compact enclosure that can be used to make professional-quality recordings anywhere. Therefore, if you’re a musician, vocalist, producer or podcaster; the iRig Mic Studio puts the power of a large-diaphragm microphone in the palm of your hand.
Remarkably, the iRig Mic Studio offers amazing recording quality, housed in an enclosure smaller than your phone. Featuring a large condenser capsule, 24-bit audiophile-grade A/D converter (with 44.1/48 kHz sample rate) and a built-in low-noise high-definition preamp. Combined with its 133dB SPL rating which allows for optimal recording no matter the sound pressure level. Capture everything from the subtle dynamics of the human voice, to the full-on sounds of an electric guitar – and everything in between.
Furthermore, ensuring you’re always recording at your best; the iRig Mic Studio comes with a set of fully flexible controls. Including a gain control knob, and convenient, multicoloured LED level indicator. You also have access to a separate headphone output with its own level of control; perfect for onboard monitoring directly from the iRig Mic Studio itself. Complete with a sturdy and portable tabletop tripod stand, perfect for setting up on your desk.
Above all, the IK Multimedia iRig Mic Studio has everything you need to capture high-quality recordings. Perfect for recording vocals, voiceovers, podcasts and so much more!
For more information, please visit the manufacturer's website.
Our Price